Dr Lee Seng Tee, Singaporean business leader and philanthropist who died in July at the age of 99, has been a true friend and supporter of Te Herenga Waka—Victoria University of Wellington and Te Puna Pātiotio—the Antarctic Research Centre.

Dr Lee’s significant financial support over more than 20 years has recognised and bolstered the University’s strong contribution to Antarctic research. It established the annual S.T. Lee Lecture in Antarctic Studies and the S.T. Lee Antarctic Reading Room in the University’s library. Many early career researchers and students, both in New Zealand and Alaska, have benefited from the S.T. Lee Travel award—an exchange programme with the University of Alaska.

Dr Lee has also supported visiting fellowships in the School of Economics and Finance. One was at the Institute for the Study of Competition and Regulation that was based at the University from 1998 to 2015.

The other is a fellowship at the University of Economics in Ho Chi Minh City, Viet Nam. Professor Hai Lin, Head of the School of Economics and Finance and a graduate of Xiamen University, which was founded by Dr Lee’s grandfather Tan Kah Kee in China in 1921, was awarded this Fellowship in 2017 and now supports staff in the school to follow the same path. This year’s visiting fellow Dr Eric Ulm will pay tribute to Dr Lee at lectures in Ho Chi Minh City during his visit in November.

A supporter of libraries and lectures

Dr Lee was the second son of visionary businessman Lee Kong Chian, who made a name in the rubber, pineapple, coconut oil, and sawmill trades. In 1952 Lee Kong Chian created the Lee Foundation, one of Singapore’s largest charitable organisations that supports education, healthcare, welfare, and disaster relief.

Dr Lee Seng Tee graduated in economics from the Wharton School of the University of Pennsylvania. As a director of the Lee Foundation, he continued to support higher education at prestigious institutions throughout the world as his father had. These include Cambridge and Oxford universities in the United Kingdom, Harvard and Stanford in the United States, and other institutions throughout Asia, Australia, Alaska, South America, and South Africa. After his death, Wolfson College at Cambridge University flew its flag at half-mast in his honour.

A bibliophile, Dr Lee liked to support libraries, reading rooms, and public lecture series believing that for disseminating information these gifts produced the most “bang for buck”. He was named an honorary fellow of the Chartered Institute of Library and Information Professionals for his philanthropic support of libraries worldwide.

While Chinese convention is to display the family name first, Dr Lee recognised the European convention by naming his projects  ‘S.T. Lee.’ At academic institutions throughout the world, the S.T. Lee Lectures span topics in science, humanities, military history, public policy, and government and provide a platform for scholars and policymakers to address critical international issues.

Te Herenga Waka—Victoria University of Wellington was proud to honour Dr Lee’s achievements by awarding him an honorary Doctor of Literature degree in 2006.

In an honour that not many can claim, Dr Lee also has a variety of bamboo named after him—Drepanostachyum falcatum var. sengteeanum,

Dr Lee’s connection with Te Herenga Waka—Victoria University of Wellington was through Emeritus Professor Don Trow of the School of Accounting and Commercial Law. Professor Trow had enjoyed a longstanding and highly-valued association with students from Malaysia and Singapore since the 1950s and was introduced to Dr Lee during a visit to Singapore in 1999. Professor Trow explains how the relationship came about:

“Dr Lee’s connection with our University commenced in the late 1990s at the time of a reunion in Singapore of commerce graduates from Victoria University of Wellington. One of those graduates was a Colombo Plan student from the 1950s, Mr Ho Kok Kee. Mr Ho had became a personal friend of Dr Lee, and he arranged a lunch for selected graduates who were in Singapore for the reunion to meet Dr Lee.

“Dr Lee had an established reputation as a generous philanthropist who supported university activities worldwide. As a result many university scholars sought his company, but he was carefully selective, and we were fortunate to be in his company.

“Dr Lee was a most impressive host for the occasion. A perfect gentleman, he was proud of his Chinese heritage and the remarkable growth and success of the Singapore nation. He was quietly spoken but engaging, and remarkably well versed on international affairs and the role of New Zealanders in worldwide activities.”

From this beginning, Professor Trow developed a close personal friendship with Dr Lee that continued with several meetings in Singapore in succeeding years.

Having established many new lectures in the northern hemisphere, Dr Lee was keen to develop projects in the southern hemisphere. He joked with Professor Trow that his private motto was “the sun never sets on S.T. Lee’s projects.” He noted the closeness of New Zealand to Antarctica and was drawn to supporting research activities there, but with a proviso. He had to be convinced that the activity had world class ranking and that Victoria University of Wellington could stand as a quality institution alongside the other universities he supported, notably Oxford, Cambridge, and Harvard. 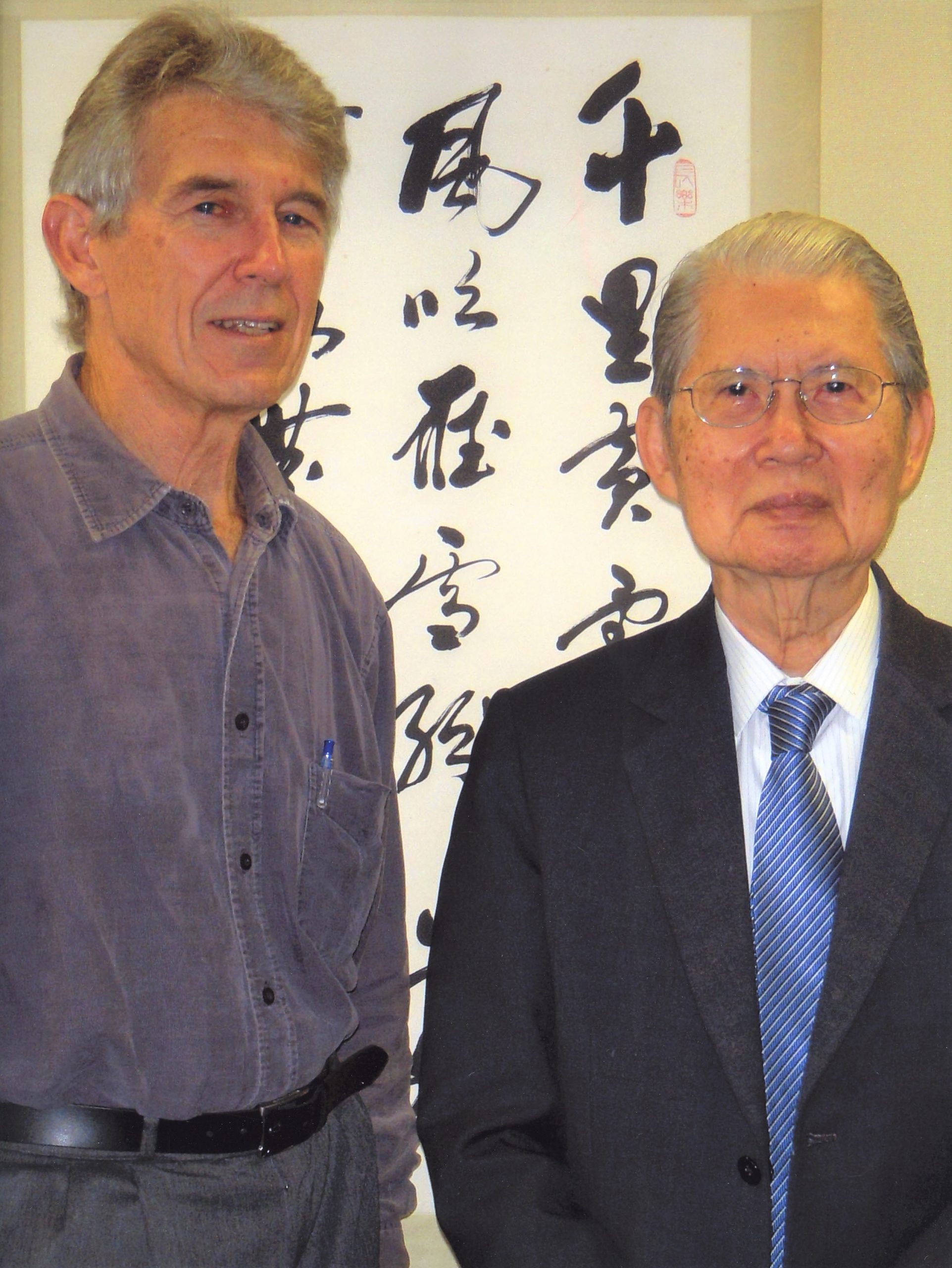 A meeting was arranged between Dr Lee and Emeritus Professor Peter Barrett, Director of the Antarctic Research Centre at the time and one of New Zealand’s foremost Antarctic scientists. This proved to be most successful. Emeritus Professor Barrett was a good fit with Dr Lee’s quiet, thoughtful, and polite personality and was also greatly admired for his leadership and high quality research activity, much of it at the coal face—or rather ice face.

At first the idea of a library at the New Zealand base in Antarctica was discussed, but this proved to be impractical. Dr Lee eventually made an endowed gift to establish the annual S.T. Lee Lecture in Antarctic Studies. This was his first gift to an educational institution in the southern hemisphere although he had supported many students from Malaysia and Singapore to study here.

A centre for discovery, research excellence, and collaboration

Geography and history have made New Zealand a leading Antarctic nation. The Antarctic Treaty of 1961 dedicated the continent to peace, science, and protection of the environment.

Victoria University of Wellington was the first New Zealand university to set foot in Antarctica, beginning with two adventurous third-year Geology students, Barrie McKelvey and Peter Webb. With the help of their professor Bob Clark, they found a way to be included in New Zealand’s second summer party for the International Geophysical year in 1957–58 and became the first geologists to report on the McMurdo Dry Valleys. 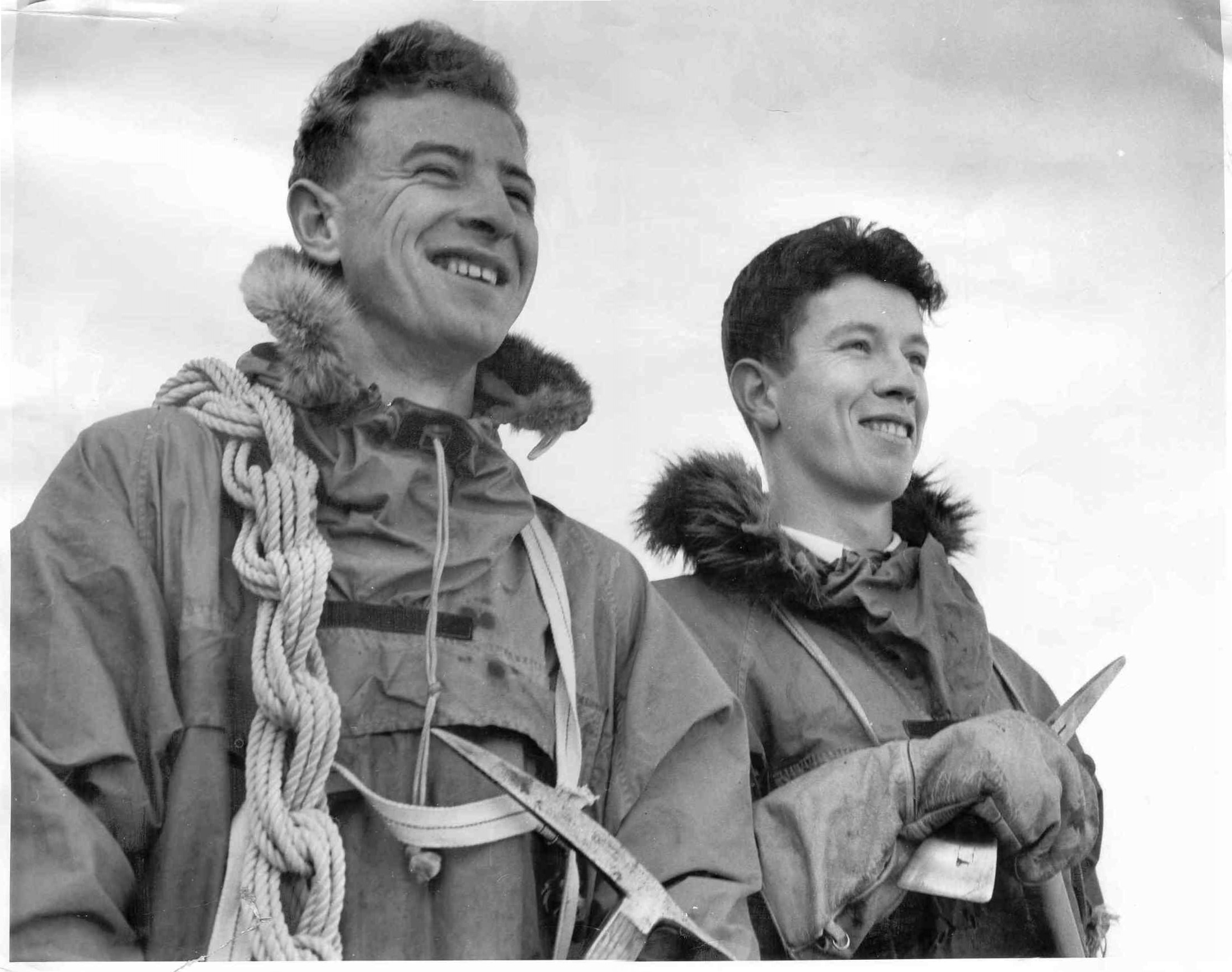 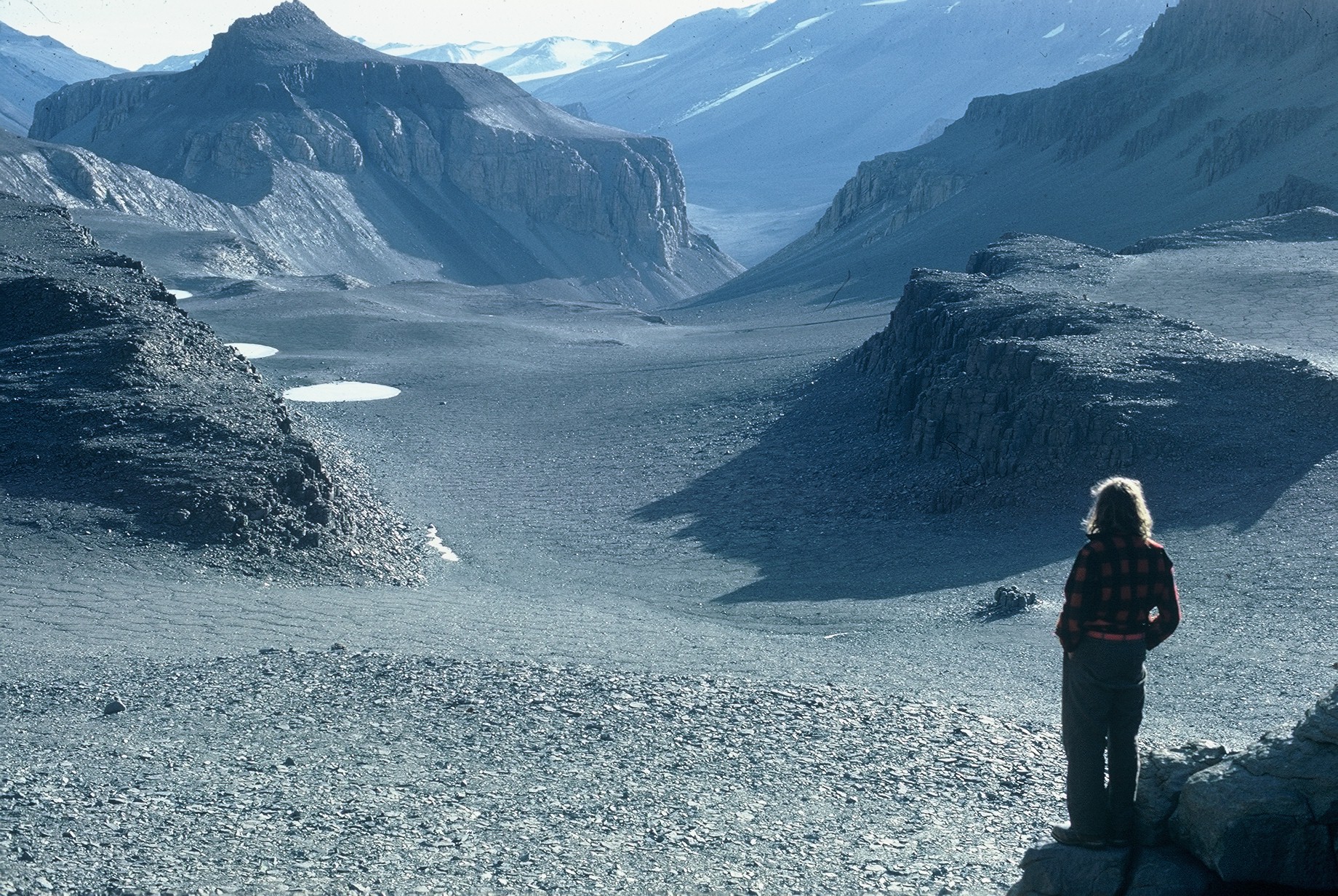 Bob Clark wanted to ensure that Victoria University of Wellington Antarctic expeditions continued and hired Peter Barrett in 1970, by then having led three geological expeditions in the Transantarctic Mountains. Annual expeditions have continued to the present day apart from 2020–21, when all field work was cancelled due to COVID-19.

Te Puna Pātiotio—the Antarctic Research Centre was established in 1972, first expanding the range of geological investigations, but in the last three decades developing a focus on climate science. Its mission is to better understand Antarctic climate history and its impact on the global climate system and to share its discoveries through publications in leading international journals, excellent teaching, policy advice, and public information.

The Centre has pioneered research techniques in paleoclimatology—the study of past climate history. By drilling down into the ice and rock, scientists produce core samples which they analyse to find information on past climate conditions and make more accurate predictions about what could happen under different warming scenarios in the future. 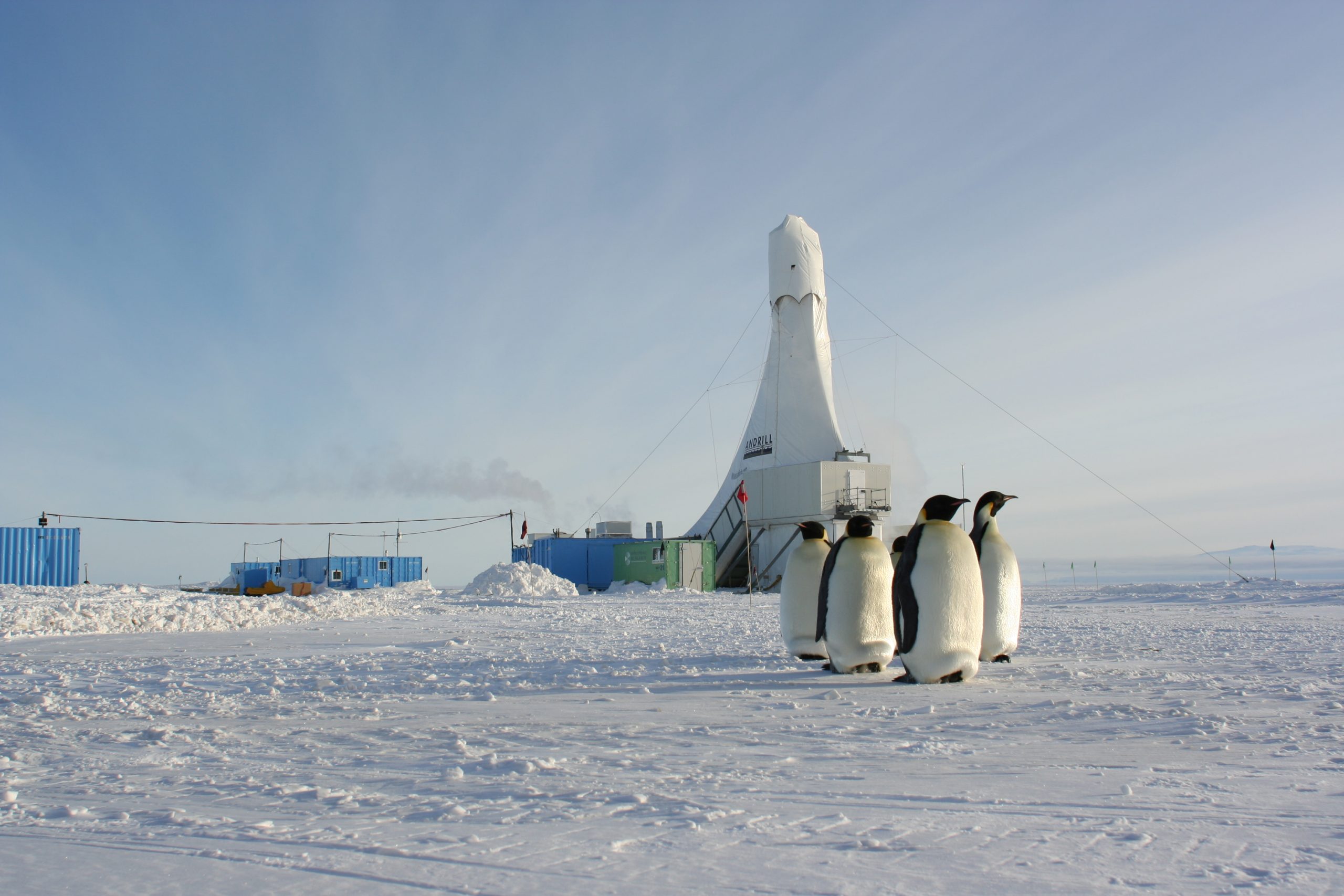 Under the leadership of Emeritus Professor Peter Barrett and successive directors, Professor Tim Naish, Professor Andrew Mackintosh, and Associate Professor Robert McKay, the Centre has been at the forefront of research activities and has an excellent international reputation formed through collaborations on the ice. 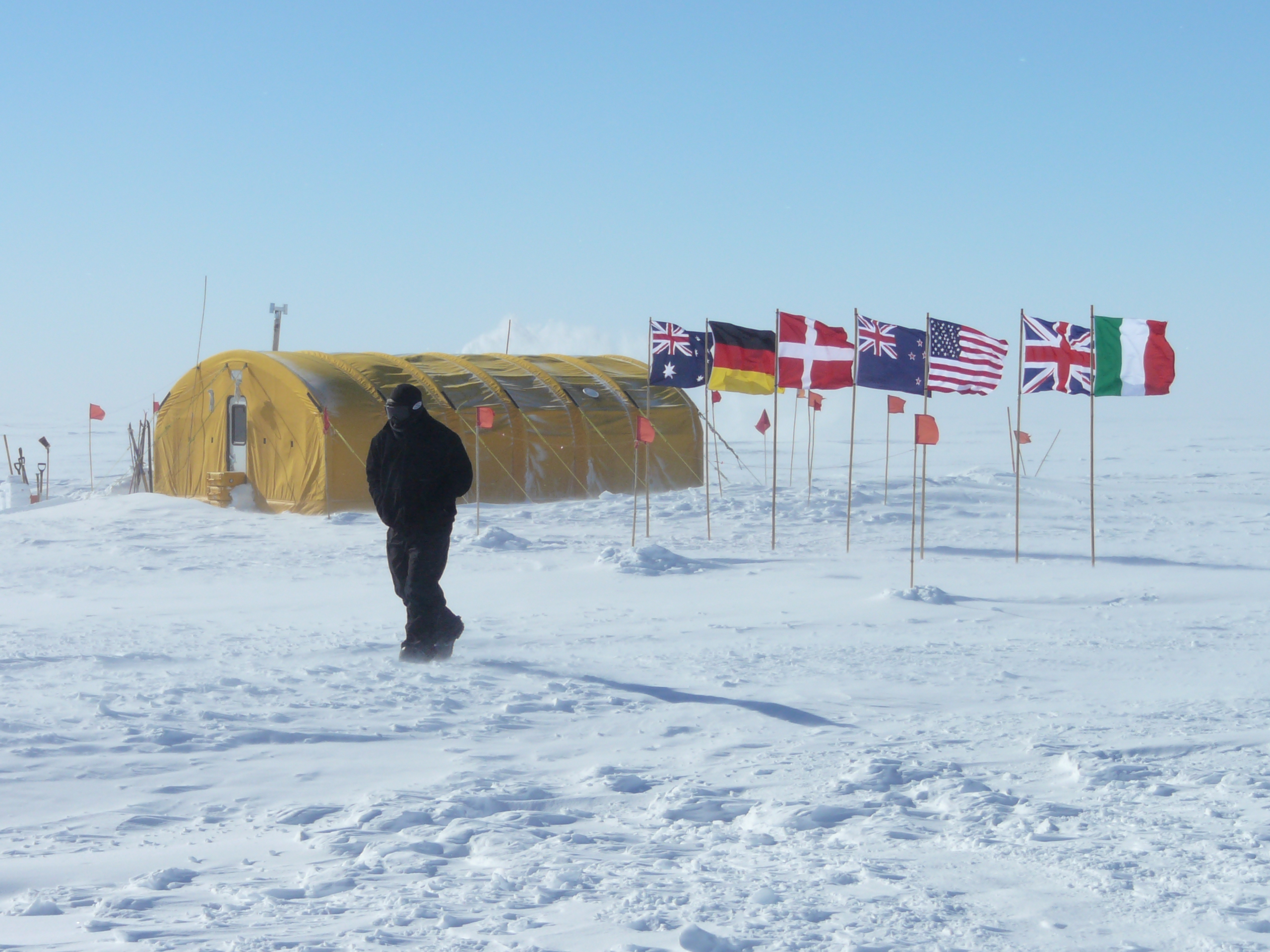 The Centre’s research is regularly published in the world’s top journals like Nature and Science and three of its researchers have contributed to the International Panel on Climate Change (IPCC) Assessment as lead authors.

Through Dr Lee’s generous support, the Centre has grown ‘from good to great’ increasing its international reputation and prestige.

The S.T. Lee Lecture in Antarctic studies has gained an international reputation as one of the most prestigious Antarctic lectures in the world.

The inaugural lecture in 2003 was by Professor Robert Dunbar from Stanford University, on the prescient topic ‘Antarctica and Climate Change in the Century Ahead: Causes, Consequences, and Surprises’. He has been followed by a succession of experts from Australia, China, South Africa, France, Portugal, the United Kingdom, and the USA.

Six of these speakers have been awarded the Tinker-Muse Prize for Science and Policy in Antarctica for their sustained and significant contributions to understanding and preserving Antarctica, including Te Herenga Waka’s Professor Tim Naish in 2014. 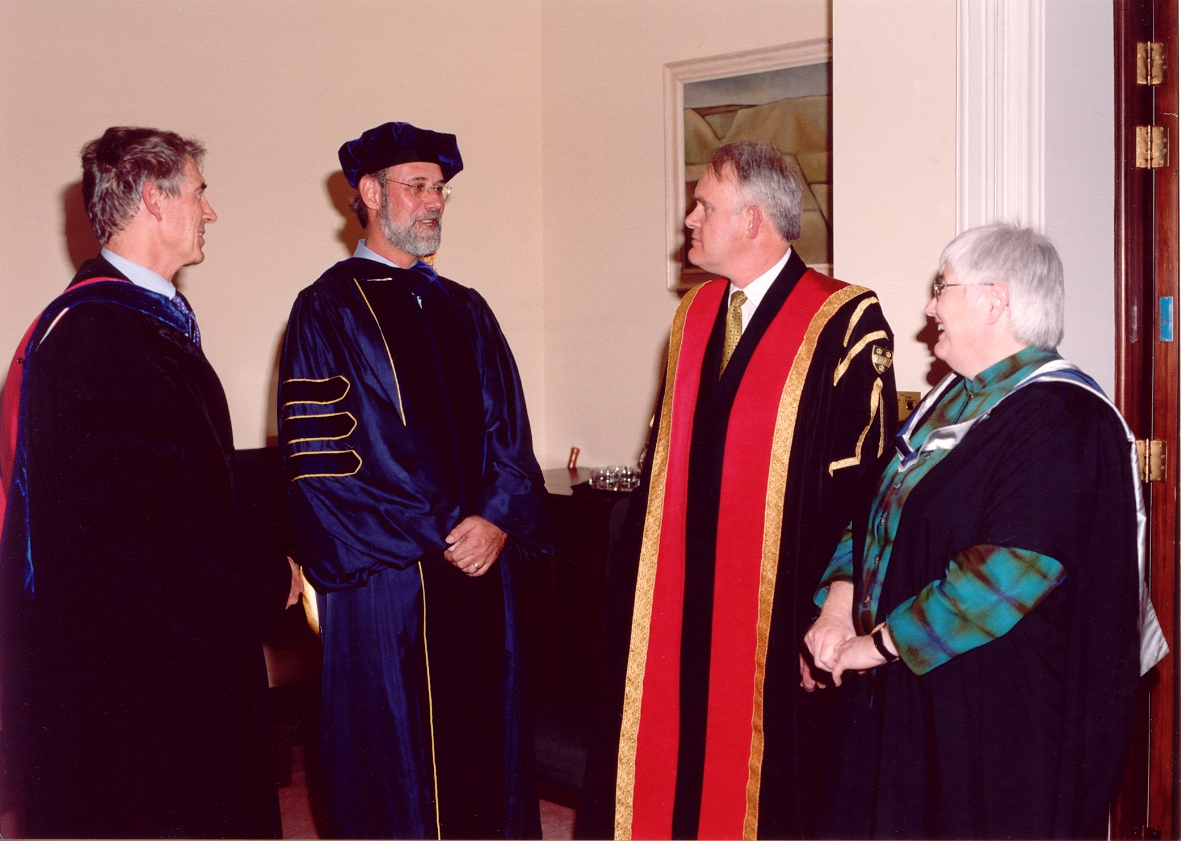 Supporting the next generation of climate scientists

The Antarctic-themed reading room at the southern end of Level 5 of the library showcases the significant work of the Antarctic Research Centre and features a display of items from over 1700 books in the Colin Bull Collection. 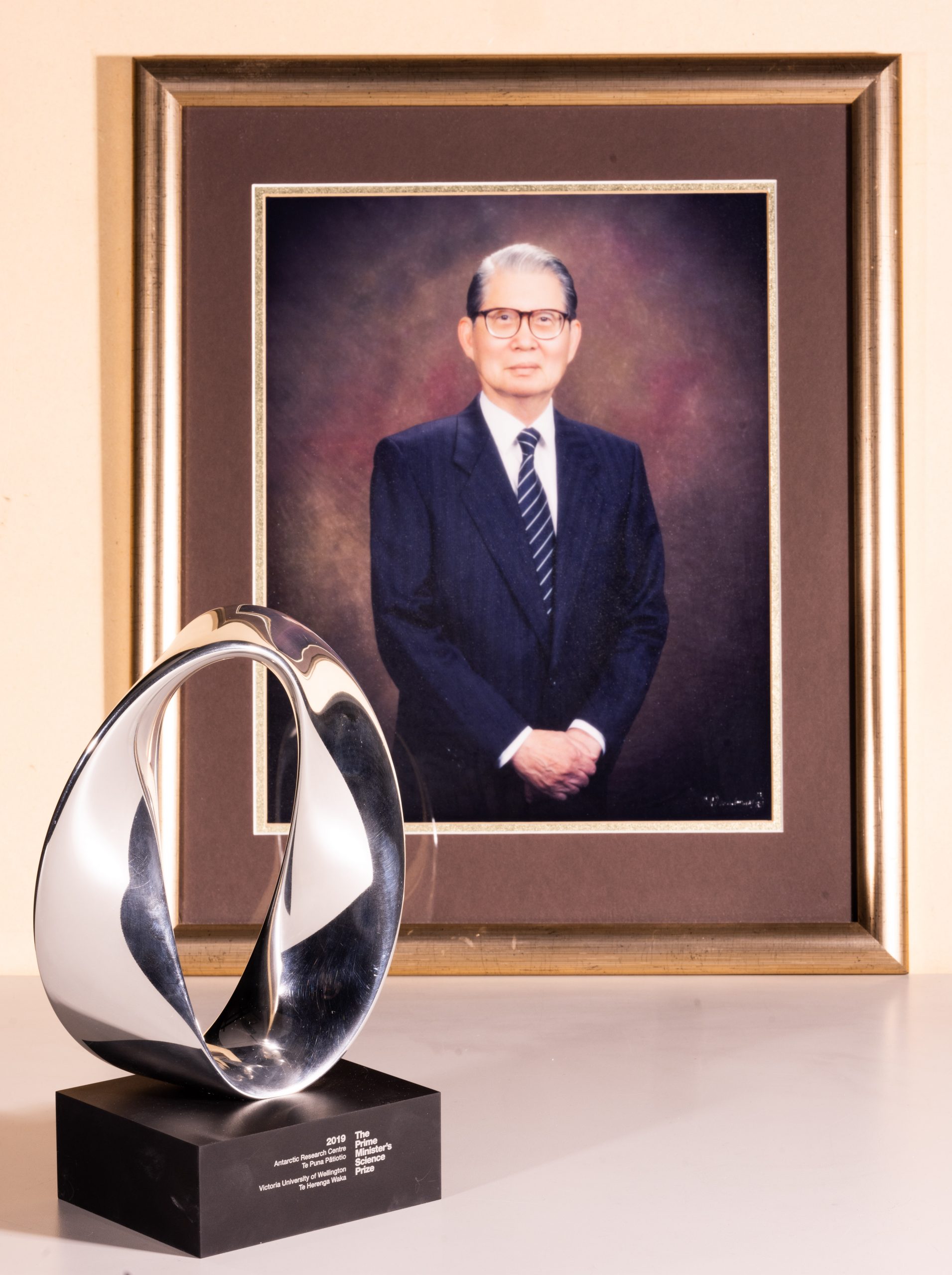 Both institutions host an annual S.T. Lee Lecture on Antarctic and Arctic studies respectively. In the early years the relationship between the two universities was instrumental in developing our world-leading ice sheet modelling capability.

While Dr Lee was never able to visit New Zealand, former Antarctic Research Centre Directors Emeritus Professor Barrett and Professor Tim Naish enjoyed visiting him at his offices in Singapore. We are very grateful for his endowments, which will continue to develop Antarctic science and climate change research as well as benefitting students at the School of Economics and Finance for years to come.

Lee Seng Tee’s significant contributions to prestigious universities over many decades now span the globe and provide an extraordinary legacy of philanthropy. 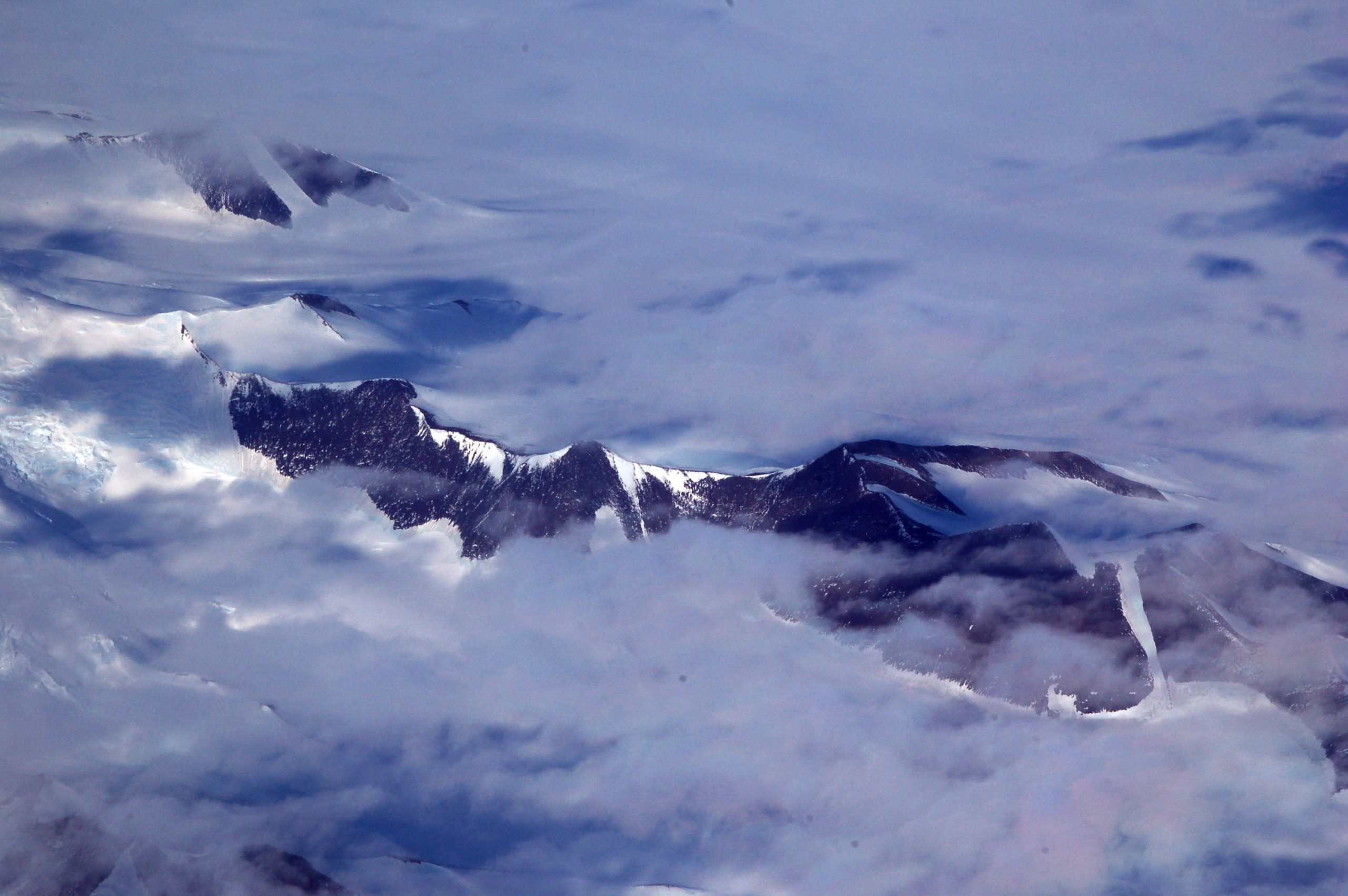