Dr Aola Mary Richards was a New Zealand entomologist specialising in the study of wētā. She graduated from Victoria College with a Master of Science in Zoology in 1954, and in 1958 became the first woman in New Zealand to gain a PhD in Biological Science. She is nearly single-handedly responsible for identifying the various native wētā species, as well as classifying new species, and throughout her career contributed greatly to conservation efforts. 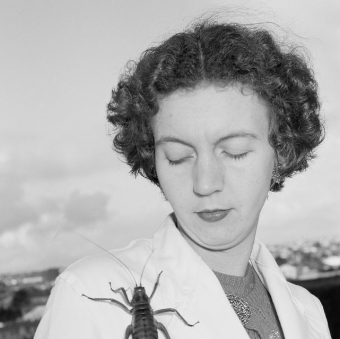