The competition and camaraderie of the game of rugby has been part of the university experience almost from the start. It continues to this day through Te Herenga Waka—Victoria University of Wellington’s Old Boys University Rugby Football Club (OBU).

OBU formed in 1991 when Wellington College Old Boys’ Football Club and Victoria University Rugby Football Club combined. OBU plays in green and white jerseys with a black patch and gold numbers, to reflect the colours of both clubs.

Known as the ‘fighting billy goats’—how this came about is a story only to be told by ‘those who were there’—OBU is now one of New Zealand’s largest senior rugby clubs. It fields teams in all divisions, from premier through to colts, weight restricted grades, and women’s rugby with over 250 current students and many more alumni involved in the club.

In 1903 a group of students resolved that a Victoria College Football Club be formed with Professor George von Zedlitz as its first president. The new club was not immediately successful on the field—in fact, the First XV lost all nine games in its first year—however it noted in the annual report: “After all perhaps the highest object of any club is the promotion of good fellowship, and in this respect the club has been a great success.”

Success wasn’t long in coming however and the club went on to sustain dizzying highs and devastating lows over the years as its fortunes fluctuated. It was a struggle to maintain membership during two World Wars. The club lost nearly all players of military age in 1915— in fact from 1916 to 1918 the New Zealand Union banned single men eligible for military service from taking part in any competition. 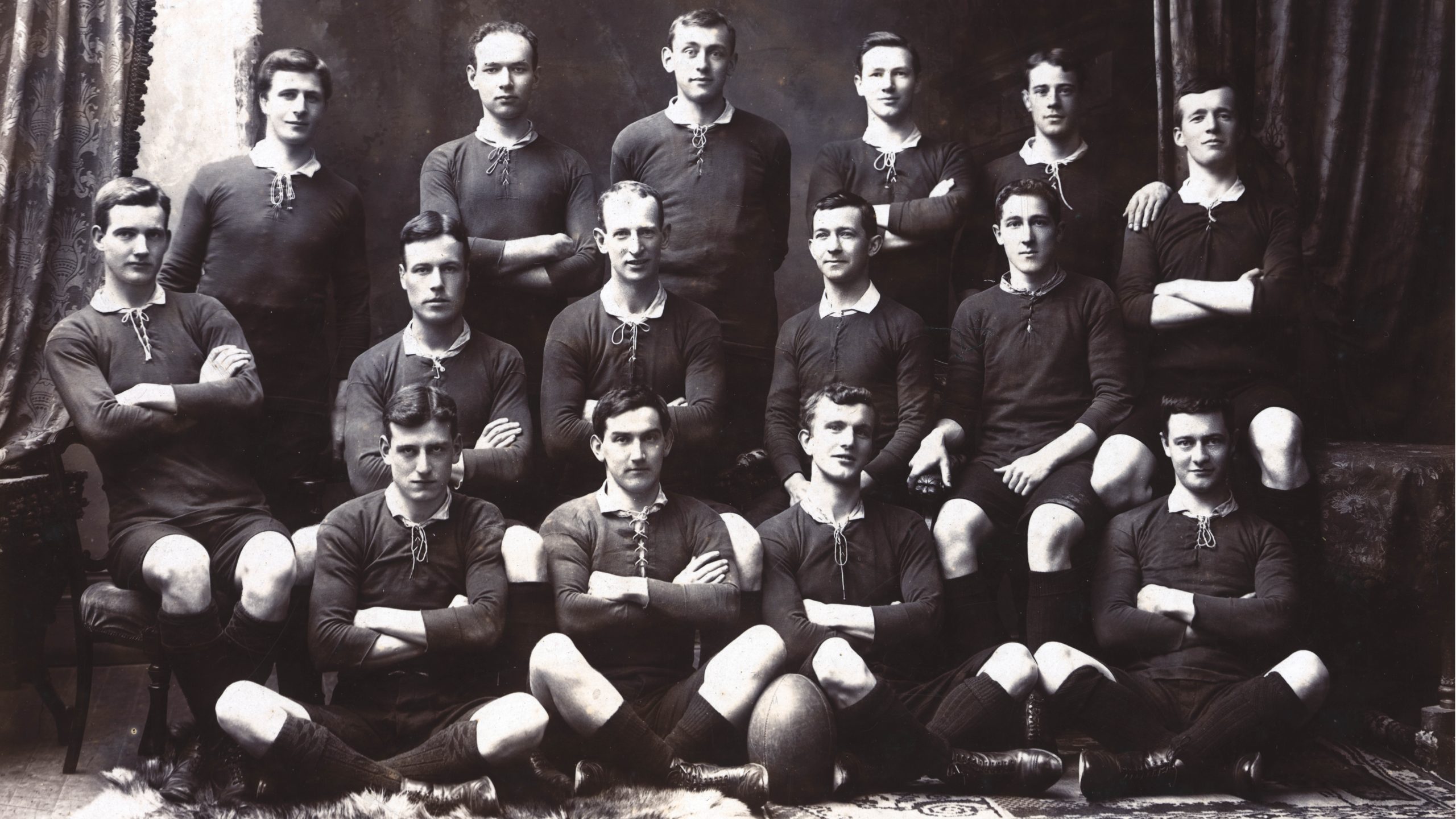 The ‘golden years’ of university rugby

In hindsight the 1920s and 1950s can be seen as ‘golden years’ for the club. In those days excited crowds flocked to watch games at Athletic Park with attendances of 12,000 people not uncommon.

In 1929 Victoria College Club was the first to win the Wellington Rugby Football Union’s premier trophy honouring the union’s 50th Jubilee—the Jubilee Cup. The club went on to win the cup again after the war in 1946 and four more times during the 1950s. After a shared victory in 1964 and win in 1966, the club didn’t hold the Jubilee Cup again until they were victorious in 2015 as Old Boys’ University. OBU went on to win again in 2017, 2018, and 2020.

University rugby was known for its exciting and free-flowing game, often involving high-spirited and individualistic characters. As founding member Professor Tommy Hunter once famously pronounced: “Rugby is more than a partial impact of blind atoms—it is a game of brains”. This also had its downside—a university coach once remarked that he was trying to coach “15 geniuses who all had different ideas about how to play the game and quite often played that way”. The club once saw a Supreme Court Judge and a Queen’s Counsel ordered off the field for the way in which they were airing their opinions about the game, the opposition, and the referee.

Proudly contributing to the All Blacks

The club produced 16 All Blacks before joining with Wellington College Old Boys’ Football Club to form OBU, and a further 13 since, including two All Black captains—George Aitken in 1921 and Stu Wilson in 1983. George Aitken captained the All Blacks against South Africa, was awarded a Rhodes Scholarship, and went on to represent Scotland in rugby.

Law student Eruera Te Whiti o Rongomai Love (Te Ātiawa) became the College’s first Māori All Black in 1926. He went on to command the Māori Battalion during World War II and lost his life fighting in Egypt. There were six players in the All Blacks from 1951 to 1953 including the great Ron Jarden who went on to establish New Zealand’s largest investment bank.

The club’s most recent All Blacks have been half-back Jon Preston, midfielder Paul Steinmetz, and centre Conrad Smith.

The man behind the field

In its first 50 years the club was well supported by the academic staff, including Dr James Williams, who was the principal of the University from 1951–1968 (a role renamed as Vice-Chancellor in 1957). Professor Edwin Boyd-Wilson, Chair of Modern Languages in the 1920s, was a dedicated supporter. Along with professors Murphy and Kirk he took turns as club patron, president, and vice president, and at times even coached.

Boyd, as he was known, was a passionate footballer and founder of the University tramping club. He was short, slight, energetic, and extroverted with a husky authoritative voice. According to J. C. Beaglehole, his “superabundant and terrifying energies boiled over in every outdoor activity known to man.”  He was even seen to revive the players on a particularly cold day with his home-grown vegetable wine.

The field that bears his name was opened in 1958, along with the architecturally designed club rooms and gymnasium, following a six-year fundraising effort. Boyd contributed both financially and physically, even helping to dig the foundations. He was made a life member of the club and persuaded to sit for a portrait. The club now enjoyed superior facilities and could train in wet or dry conditions. 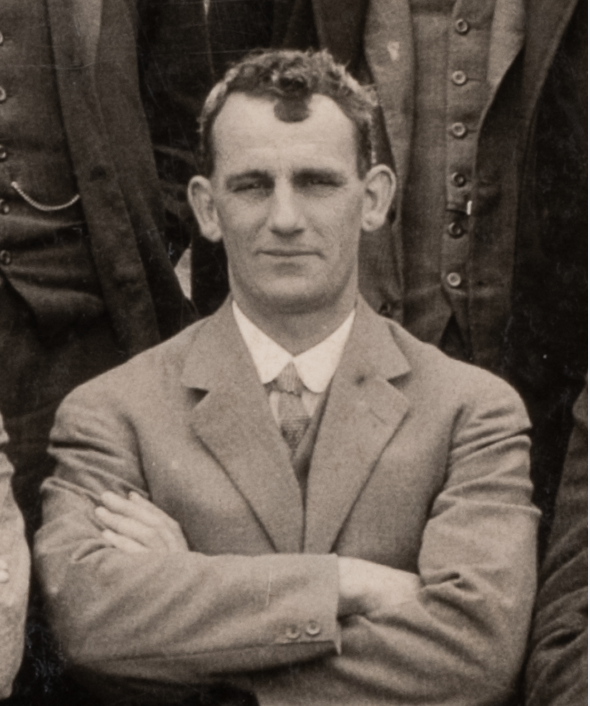 Jack Ruru (Ngāti Porou) was already a Māori All Black when he came to the College aged 18 in 1931. A brilliant centre regarded as a certainty for the All Blacks tour of Britain in 1935, he died tragically in 1934 following a tackle during a match in Rotorua. Funds were raised for a specially carved trophy in his memory—the Jackie Ruru Shield.

Known as ‘The Ruru’, the Shield was originally awarded to the winner of the annual match between Weir House and the ‘Rest of the College’. When Weir House ceased to field a team, it was resurrected as a challenge trophy for the club’s social teams, akin to the Ranfurly Shield. The Ruru is held with great pride and challenges are played with tremendous spirit.

The first social team to win the shield was Cornelius Groat. This team was named after a fictitious umpire character painted on the wall of Wellington pub the Cricketer’s Arms who happened to catch their eye as they were searching for a team name.

Social teams the Teddybears, Pink Ginners, Sixty Niners, and Righteous Brothers add to the club’s social atmosphere. The Teddybears is the oldest surviving social team—on Saturday nights back in the late 1960s the club rooms were said to reverberate to the strains of ‘The Teddy Bears’ Picnic’. Pink Ginners and the Sixty Niners, originally a team of mainly lawyers, are still going strong after more than 45 years.

The OBU Rugby Academy is a partnership programme between the University and OBU that focuses on developing student rugby players who are pursuing both academic and sporting excellence. Since 2012 the Jack Jeffs Charitable Trust has helped to grow the academy programme and support dedicated student rugby players.

Jack Jeffs was a stalwart of the Victoria University Rugby Club from the 1930s to the late 1970s. He played for the club in the mid to late 30s until a severe ankle injury during WW2 prevented him from continuing. From 1952 to 1972 he was secretary of the New Zealand Universities Rugby Football Council and managed several overseas rugby tours by New Zealand university teams. Being passionate about charitable causes and the value of education, he established the Jack Jeffs Charitable Trust in 1986 to support worthy charitable causes including student education.

The academy’s vision is to be the leading rugby academy that serves and gives back to the community. Its motto is ‘in our waka we journey together, combining our love of education with our passion for rugby, leaving a legacy for the next generation’.

Under the guidance of OBU director of rugby Tomasi Palu, the academy is distinguished by its strong holistic approach and family culture focused on the mental wellbeing of the athletes. As well as strength and conditioning training and technical and tactical rugby skills, the academy offers personal development and life mentoring to build stronger, more resilient athletes. 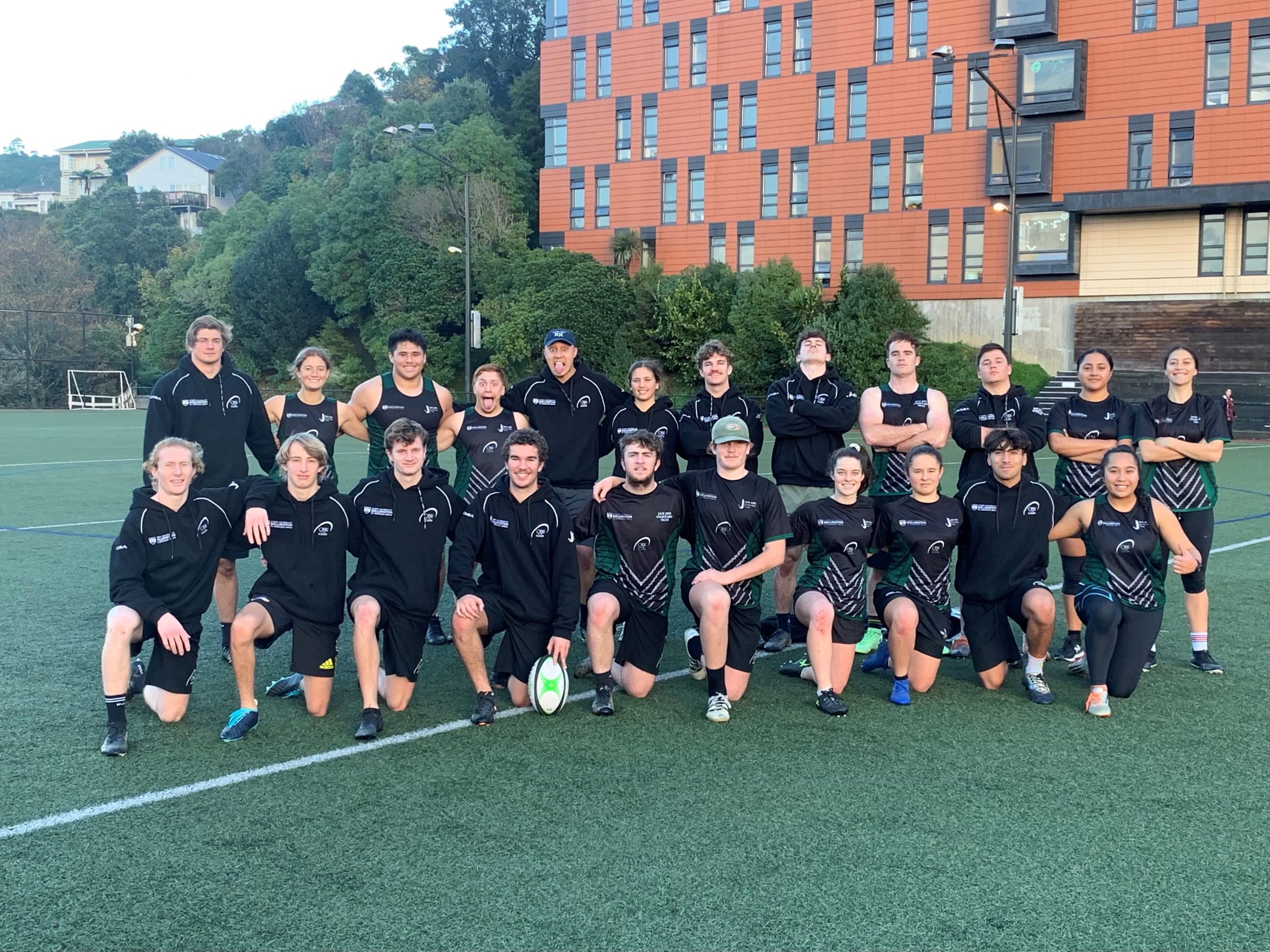 Students who are dedicated to their sport face considerable challenges as they juggle their studies with the demands of intensive training and match play. As well as supporting the academy, the trust has funded scholarships to provide meaningful financial support to rugby players.

Talented forward Caleb Delany received the Old Boys’ University Jack Jeffs Rugby Scholarship which he described as “life-changing”. It helped him follow his two passions—rugby and architecture. Caleb spent the 2021 rugby season as an injury replacement with the Hurricanes while continuing his architecture studies and has gone on to a full-time Super Rugby contract in 2022.

Thanks to the enthusiastic members of OBU and through the support of the Jack Jeffs Charitable Trust and other sponsors, student rugby players continue to successfully combine their love of rugby with university study.