Graduation at Te Herenga Waka—Victoria University of Wellington has a rich, varied, and sometimes unusual history. As part of the University’s 125th anniversary celebrations, we are looking back at the history of Graduation.

The first Victoria College graduation ceremonies, which were initially known as ‘Diploma Day’, involved a formal graduation ceremony in the Town Hall in the afternoon followed by a dinner, a dance, and the ‘Capping Carnival’, in which students would performs skits and musical numbers.

For many, the graduation ceremony was a formal, respectful celebration of the graduands’ achievements. But for some early graduands, the ceremony was an opportunity to cause as much disruption as possible. It was common for a group of graduands to heckle the speakers, chant and sing throughout the proceedings, and organise creative forms of disruption, such as the mass rustling of newspapers or the cleverly-timed use of musical instruments and car horns.

This behaviour was not welcomed by Victoria College staff. In 1902, Professor Robert Stout, one of the founders of the College, wrote a complaint published in early student newspaper The Spike, lamenting the “noise and horse-play” that had come to characterise graduation ceremonies. Professor Stout noted that “at present what happens makes the judicious grieve and only the unthinking laugh.”

Professor Stout’s complaints seem to have gone unnoticed, with behaviour getting worse in subsequent years—in 1904, The Spike noted that “music was supplied by a bicycle bell, a horn, and a whistle.” The Spike regularly criticised the behaviour of the graduation disrupters, noting in 1909 that “noisy, pointless interjections, which prevent any of the speeches being heard, exhibit, to say the least of it, extremely bad taste.” Although the disruption continued, it seems clear that many students and graduands were against the hecklers’ behaviour.

Victoria College was initially part of the University of New Zealand, and this institution was at first responsible for managing the graduation ceremonies. However, the disruptive behaviour of the graduands led to a significant amount of controversy, and in 1913, the management of the ceremonies was moved to Victoria College.

Although graduation was an opportunity for poor behaviour by some graduands, it was still steeped in tradition. For many years, it was customary for each female graduand to have their own ‘flower girl’, who would present her with flowers after she received her degree. The flower girls had their own dedicated section in the hall. This tradition ended in 1963, after it became clear the number of graduands had increased so greatly that there was no longer room for flower girls. 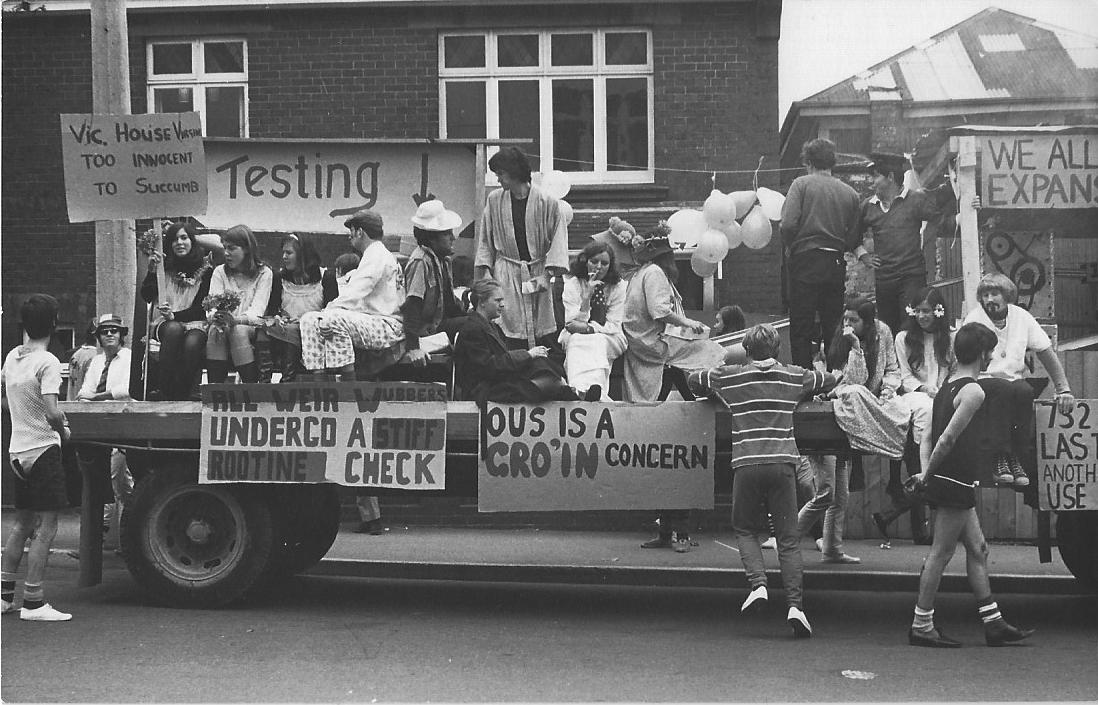 In 1910, the graduation celebrations expanded to include a midday procession of graduands through Wellington city. The parade, known officially as ‘The Procession’ and colloquially as ‘Procesh’, moved from the College via Courtenay Place to Post Office Square in Customhouse Quay.

Though Procesh has similarities to today’s graduation parade, in that it paraded through the city and attracted a crowd of fascinated onlookers, it had a very different spirit. Procesh was entirely student-led and featured a huge range of floats, which were often controversial or considered to be bad taste. Students dressed up as prominent New Zealanders, gave satirical speeches in character, and were known for their often bawdy and disrespectful behaviour—with one student being suspended in 1925 for his impersonation of the Governor-General. 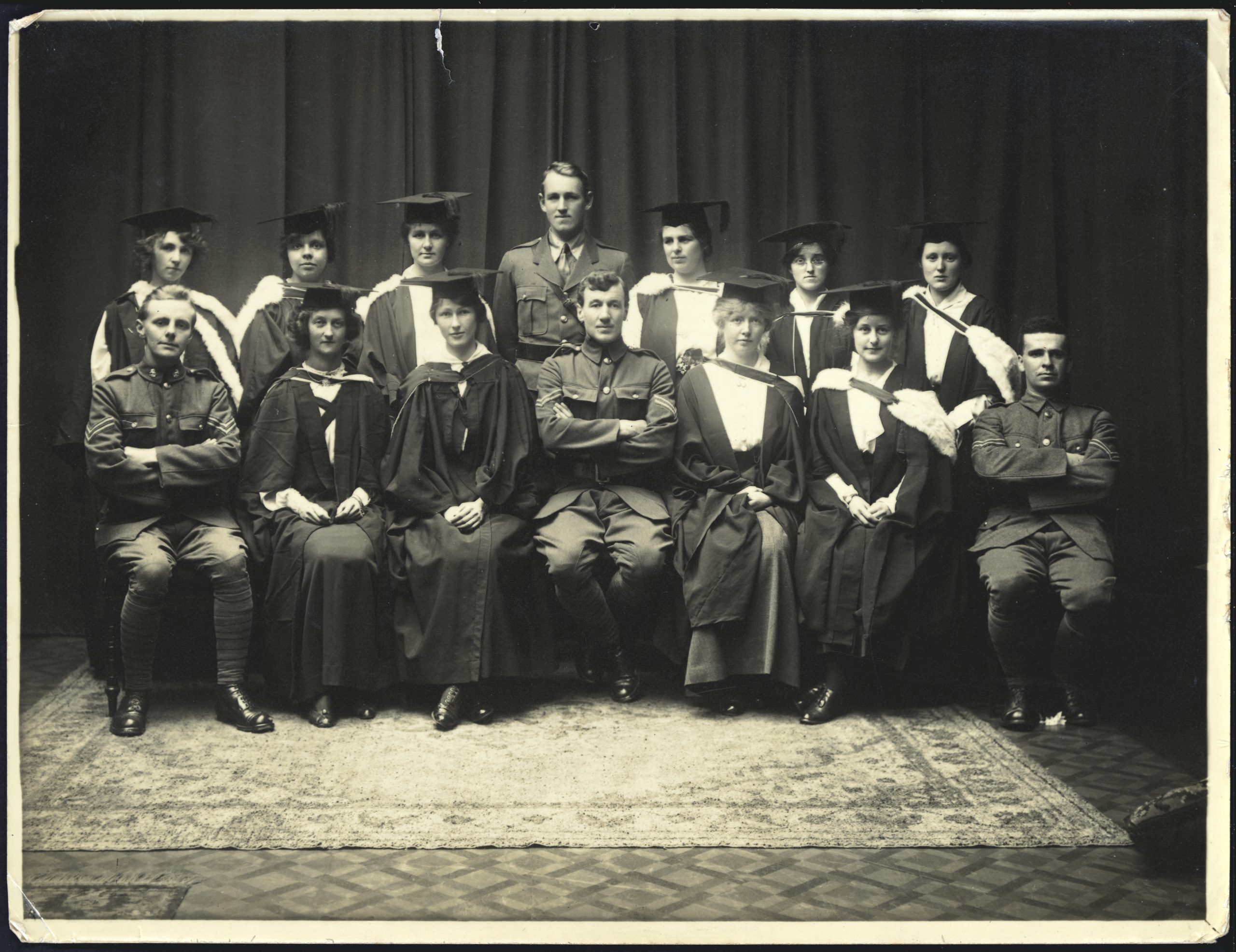 In 1915, as a result of World War I, Procesh was cancelled, alongside the Capping Carnival, dance, and celebratory dinners. The graduation ceremony still took place, but the lively atmosphere that usually accompanied it was absent, and the focus was instead on honouring those who were contributing to the war efforts. In 1918, some of the festivities surrounding graduation returned, and in 1919, the graduands brought back Procesh. 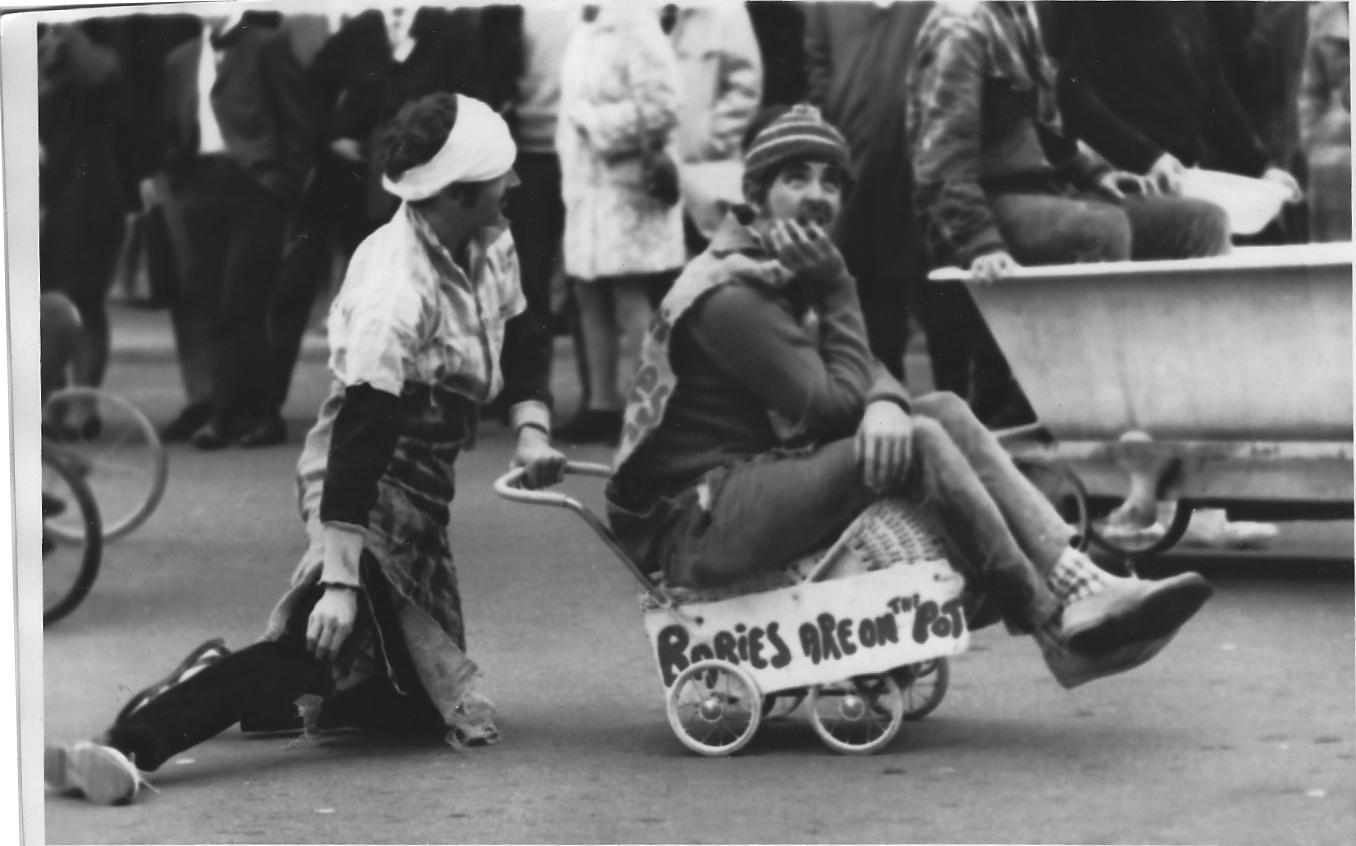 The University’s Professorial Board banned Procesh several times in the 1920s and 30s as the result of poor student behaviour. It was revived when the Students’ Association promised that graduands would exhibit good behaviour, but it continued to cause controversy, and in 1971, it was discontinued for good. 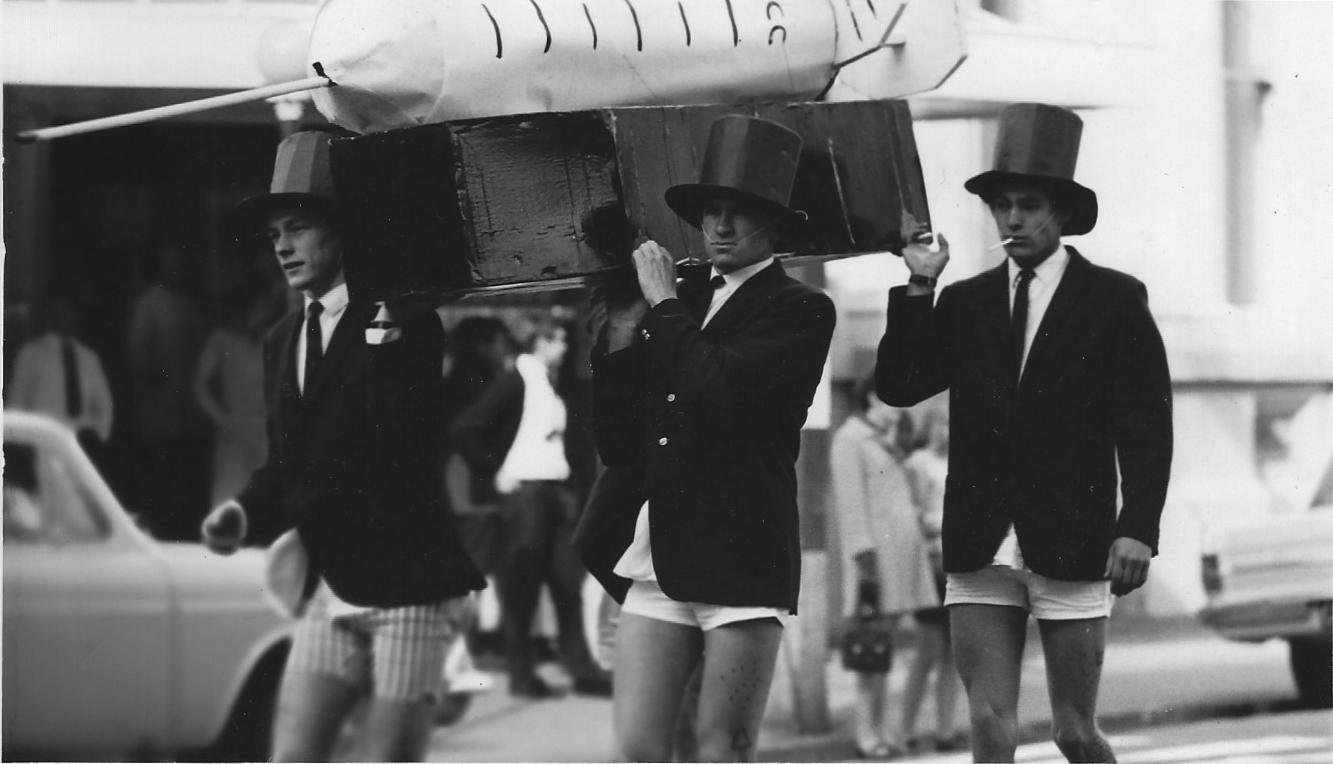 Graduation ceremonies were traditionally followed by the Capping Carnival, which was first held in the Sydney Street Schoolroom, and later at the Town Hall Concert Chamber and the Wellington Opera House. Capping Carnival featured a collection of musical performances, sketches, and occasionally, a revue in which students lampooned the College. Students also often performed Capping songs.

After a hiatus that was imposed during the First World War, Carnival became Extravaganza, which combined songs and dramatic sketches written by students in the few weeks before their performance. Although Extravaganza was extremely popular for many decades, it fell out of favour in the 1980s and was discontinued.

Capping stunts were a key part of graduation celebrations for many years, with each year’s set of graduands trying to outdo those from the year before. Fake notices were delivered to Kelburn locals letting them know that parts of the suburb were going to be levelled to become Wellington’s second airport, or that swine flu was present in the area and residents should take a urine sample to their nearest post office; the local authorities took the joke well, until they discovered residents had taken the notice seriously and were turning up with their samples.

Cappicade, which was the student-run capping magazine for many years, also has a somewhat controversial history. It was known for receiving complaints about its indecent material, and in 1965, the magazine was not published at all after legal advice declared that a quarter of its pages were unprintable. When Procesh, which was closely linked with Cappicade, ended in 1971, Cappicade ended as well.

The graduation parade we know today was established in December 1992. The University Council agreed to hold a trial graduation procession through the city, which made its way from Lambton Quay to Civic Square led by the City of Wellington Pipe Band. The procession was highly successful and became a staple of graduation ceremonies going forward.

Graduation was first divided into two ceremonies in 1968, and in 1989, a December graduation ceremony was added to the traditional April/May ceremony for the first time.

In 2020 and 2021, Graduation fell victim to the effects of the global COVID-19 pandemic, and several traditional graduation celebrations were cancelled.

Graduation, ever since its early beginnings, has been a greatly anticipated event for the entire University and the wider Wellington community. But after the difficulties of the past few years, it is more eagerly awaited than ever. This year’s Graduation will be an opportunity for graduands, along with their friends, family, and whānau to celebrate alongside the city, and continue a tradition that has been a key part of the University’s 125-year history.

Victoria University of Wellington 1899–1999: A History, by Rachel Barrowman.

Victoria University College: An Essay Towards a History, by J.C. Beaglehole.

Editions of The Spike, provided by the J.C. Beaglehole Room.

Other resources, such as Council Minutes, provided by the J.C. Beaglehole Room.